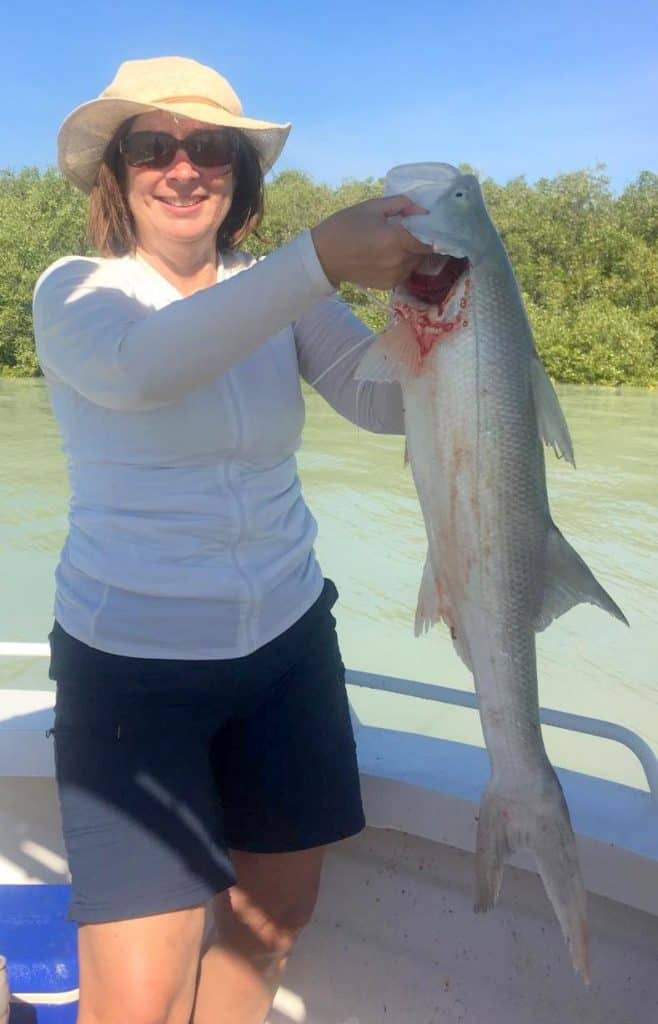 With a steady stream of caravans rolling into Broome on their annual pilgrimage, the town is starting to hum again after a very, very wet season. It is much like the ebb and flow of the tourist season in Margaret River, only  the seasons are reversed. Similar also in that many locals rely on the tourist population to sustain them from year to year and Broome certainly has plenty to keep you occupied, besides the dominant water based activities of fishing and swimming at pristine beaches.

Markets, Broome race days, camel rides on Cable Beach, sunset boat tours, checking out dinosaur footprints, stairway to the moon at the Mangrove Resort or perhaps lunch at Matso’s, are just some of the options available. One thing for sure, don’t leave your wallet behind, as some of these options come at a premium price. As the old saying goes, ‘It ain’t cheap, but it’s good!’ Personally, after seven years of trips here and predominantly in work mode, I prefer to seek out the quieter, less crowded options like sunset drinks on the back of the truck at isolated beaches or camping overnight up the coast. Having said that, I will likely catch the last three races this Saturday after a skipper’s course.

In our first two weeks here there were plenty of catch ups with people we had not seen for a while. These included Peter and Vanessa Godfrey ( Pete is the northern manager for Fisheries WA previously based in Busselton ), Brodie Trott ( ex marine studies student at Busso High now working on fishing boats ), Claudia Berson ( prac teaching at Broome primary school ) and Ian ( Mossie ) and Robin Moustaka. Mossie had just finished the Gibb River Cycle Challenge and was in much need of some R & R in Broome. We shared a sunset drinks truck tour as the camels passed by and as is often the case with his wife, Robin, the talk soon turned to fishing. You see Robin is a fishing maniac, mainly because her dad trained her up as a young girl in the States and since being in Oz, she is keen as hell. These guys have a holiday house in Gracetown too, but unfortunately the planets are yet to line up when Robin is down south on a day I am fishing, but that is sure to come. Mossie had hooked up with Trippy and Kylie from the Great Escape Charter Company to head out for a day’s fishing the next day in a friend’s 5m centre console and Robin was excited to say the least. Mossie could not speak highly enough of Trippy and Kylie and when I met them later in the day, I could see why. Just genuine, friendly people who run a fantastic business, but always willing to give. Anyway, Robin was quietly chuffed because apparently she had caught all the decent ‘fish’, but with a twist, as I found out after further interrogation. She landed a nice size king threadfin ( pictured ), lost another at the boat, but also incredibly, on a baitcaster rod, caught a legal size mudcrab that was safely landed. I arrived at Trippy’s house just in time to dig the hole for the fish carcass he had filleted, dropped Mossie and Robin back at their accommodation and finished up with a threadfin fillet and a mudcrab. Gotta be happy with that!

To answer last week’s question, the more common name for cherabin is simply freshwater prawn. This week’s question is, ‘What is the easiest way to distinguish a blue threadfin from a king threadfin?’