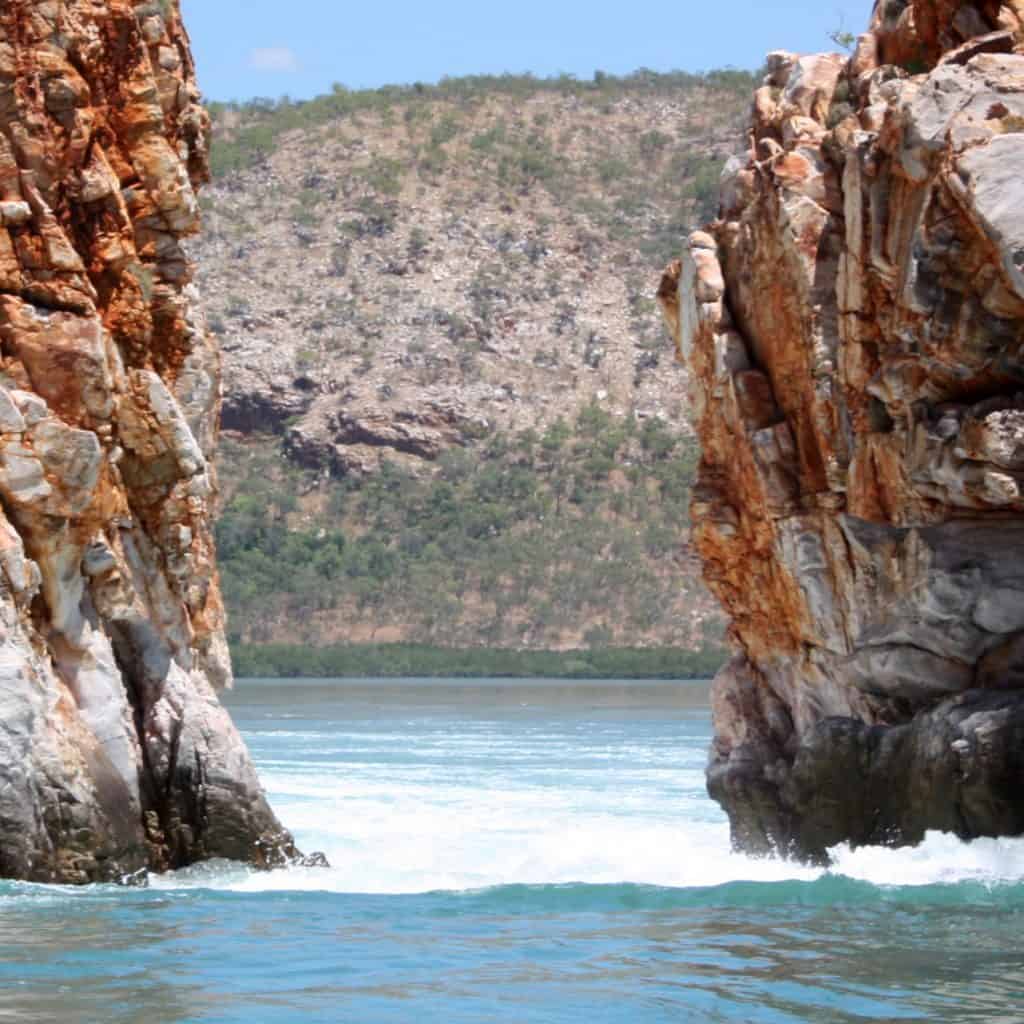 GET AWAY IN WA

We always knew that we lived in a pretty special state, but who would have thought that in the last six months it is now virtually regarded as the best state in the world? So what better time to explore all that it has to offer. Viv and I have been astounded at the increase in people visiting the Kimberley and Pilbara this year. Many first timers who may have previously been to Bali or Europe have opened their eyes to the wonders of their home state and been mightily impressed. I have long been encouraging friends and family to visit us on our six month northern sojourn each year, with many taking up the offer. Accounts from other popular locations such as Exmouth and Shark Bay indicate the same, as we break the shackles of Coronavirus isolation.

For nearly ten years we have been doing this trip, mainly for work, but with so many coming up here to see the sights, we decided to tick off one of our own bucket lists and do the Horizontal Falls trip out of Broome. We booked with Go Horizontal Falls Adventures, a highly professional outfit and although it may take you some time to pluck up the courage to fork out the $860 per person for this experience, you soon realise it is worth every cent. Bus pick up at the accommodation, onto Broome airport and then a 13 seat Cessna scenic plane trip up the Dampier Peninsula, which was a great way for me to check out some of my favorite fishing and camping spots from the air. The young pilot had allocated our seats based on weight and Viv was stoked to be positioned up front in the co pilots’ seat. She is not normally familiar with electronic gadgets at the best of times, so when the pilot requested she not touch any of the array of controls on the panel, she smiled and assured him that would not be a problem. We landed on Cockatoo Island in the Buccaneer Archipelago, once famously known as the Alan Bond resort, but alas, along with some of his other projects, never came to fruition. Then it was a boat trip in a ten metre air rider, purpose built for comfort, speed and all round vision. There were a few stops along the way, including Koolan Island mine site, before heading into Yampi Sound and Talbot Bay. We had booked on one of the biggest tides of the year to maximise the experience of seeing tons of water rush between two narrow gaps in the rock formation. I must say that I have never been a big fan of boats travelling at high speed just for the thrill, but passing through this narrow passageway certainly got the adrenaline running, although it did take three passes before Viv finally raised her head out of hands to check it out. Then it was a more leisurely return trip which included viewing unique rock formations and at one stage just drifting between the mangroves, motors off, listening to the sounds around us. All this with morning tea, lunch provided and an outstanding guide and skipper providing info and stories along the way. The plane trip back included a pass over the falls again to view it all from the air, before safely returning to Broome. Sensational, book it in Danno! To top off the visit to Broome, the next day on the lowest tide of the year at 530am, we were able to walk out into Roebuck Bay and to see the graveyard of six flying planes that were shot down by the Japanese on March 3, 1942, but perhaps that’s a story for another day!