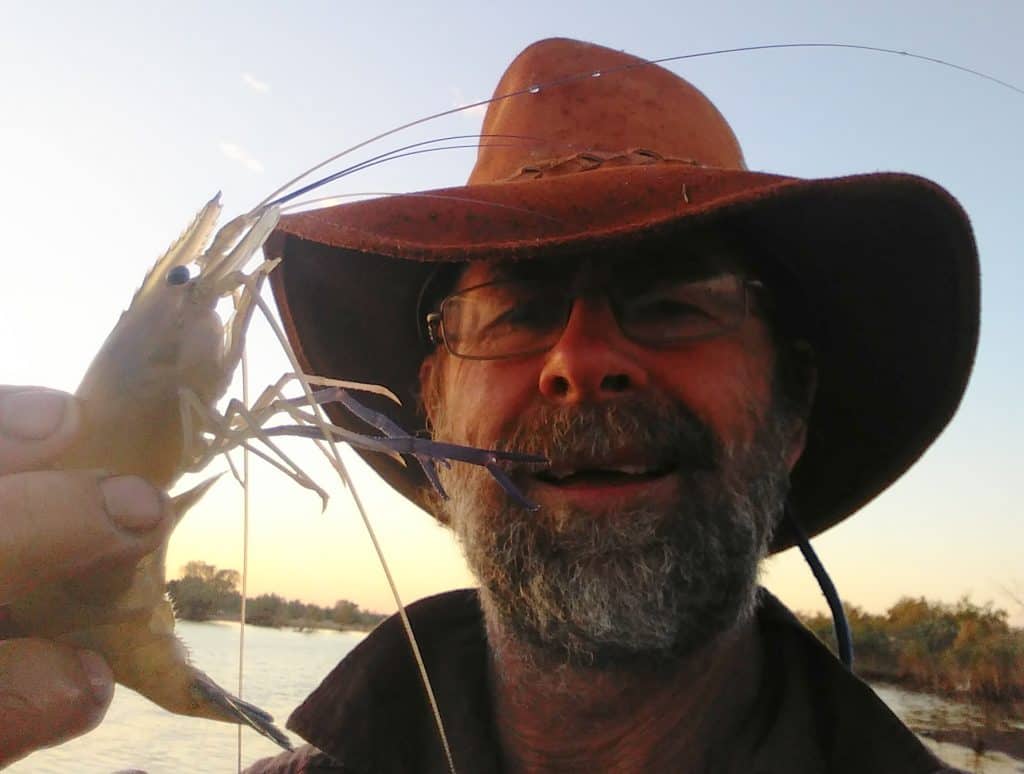 LURE OF THE RIVER

I was only in Broome for two days, with some time up my sleeve before running any skipper’s ticket courses, so the urge to head out to the Fitzroy River for some land based barra fishing was just too hard to resist. Once the idea was in my head, nothing was going to stop me, so it became a mild frenzy getting the main Broome campsite set up and then packing to go bush for a few days. Block ice in two decent ice boxes would be sufficient for this trip, but you think you are all organised until you call in at the bottle shop to buy a few beers and realise it’s only 10 am and not open until 11am. So I found a few other boring jobs to keep me occupied and was on the drive out of town in no time.

Two and a half hours later the river was laid out before me. Being a Monday, the weekend warriors had long gone, with only a few hard core long termers scattered around the campsites. As always, I had loaded the back of the truck with firewood on the way in so no need to be hunting for this after a long days fishing. After a quick camp set up I went for a walk along the river bank where one of the long termers informed me that the fish were going off a week ago, but had since gone quiet. Just what you love to hear, but the good news was that those tasty freshwater cherabin, were around. So throughout the afternoon and evening I casted the throw net for bait and flicked lures, poppers and fizzers until my arms were aching. End result was two cherabin in the net and not even a cat fish on the rod. The next morning I went hard again with the same result on the rod, but fortunately I had managed a dozen or so cherabin, so there was some tasty river food to cook on the hotplate. The ‘river chat’ that day indicated things were quiet all round, so one could only hope for some action later in the day.

As the afternoon wore on the wind glassed off and turned into a perfect afternoon. At one stage further down the river I heard the excited hoots of a young girl who landed her first small barra. Soon after my popper was boofed, but no hook up, but on the very next cast into the exact same spot, I was onto a nice 45cm barra to get me on the score board. The next one was caught on a live cherabin, but was even smaller than the first and so also had to be returned. My final fish of this trip smashed the halco golden popper even harder, did a few leaps and tail walks before being safely landed. As I pulled out the tape I had the dreaded feeling it would not quite make the required 55cm minimum length and at 53cm I was unfortunately correct. Still I had to be happy, especially as catching fish on poppers is always exciting, so hopefully more trips to come in the coming months.

To answer last week’s question, the 22 metre vessel that recently run aground in WA was on East Wallaby Island in the Abroholos islands group. This week’s question is, ‘What is the more common name for cherabin?’

Just did a refresher course with Wayne and really had a great time. He brought back so many things I had forgotten and taught me a lot of new boating skills. This guy really knows his stuff, so is you haven’t got a skippers ticket or need to know about boats, contact him, you’ll be glad you did.