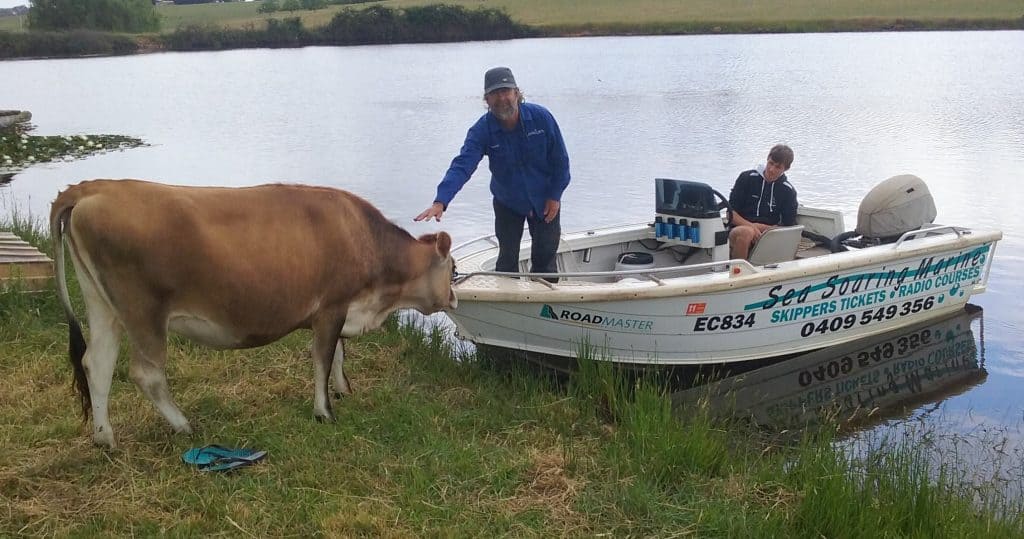 Readers may recall earlier in the year in one of these articles I mentioned that I had been working with a Margaret River High School student, Jarrod Masotto, as part of his Structured Workplace Learning program. Following up on this, it was great to read in the paper last week that he received two Special Awards in the Margaret River High School Annual Valedictory Awards ceremony- Cadet Recognition Award and the Senior School Engagement Program Award. Well done Jarrod, keep charging forward.

On another note, the Margaret River Volunteer Marine Rescue Group are gearing up for another expected busy summer period, especially once the demersal fishing season reopens on December 16. A new electronics package is being installed in their dedicated 7.5m metre rescue vessel and as part of their training, a members only flare demonstration is being held at Gracetown on Wednesday, December 6, after the monthly meeting. So if you are living in Gracetown or visiting that evening, then beware this is happening and no need to call in an emergency if you sight a flare around 730pm.

Meanwhile, I have been out and about conducting skipper’s ticket courses in country towns over the last few weeks. Firstly, it was down to Manjimup where Kayla Williams from the CRC Centre organised a group of locals to do the course. With waterways a reasonable distance away from Manjimup, initially it looked like we would be heading to either the Donnelly River, Windy Harbor or even the Karri Valley Resort to do the practicals. Fortunately, I was able to make contact with a lovely couple, Kay and Pat Rooney, who were only too happy for us to use their dam on these days. As the attached photo shows, even the local cows were keen to get in on the action. While chatting with some of the clients, one of them retold a story about another course that was run in Manjimup many years ago, on the actual day before the skipper’s ticket license came in. Back then, if you had completed a BoatSmart course, you had two years to automatically change it over to the RST. Seems that on this day, with a huge mob trying to get it done quickly, one boat actually capsized and another got stuck under the old jetty on the dam. And they all got their license!

Then it was off to Dumbleyung in the Wheatbelt, a place we have come to love visiting and with a lake that is still brimming with water since the massive downpour in February this year. Jet skis have become very popular in this part of the world, with many people using them for water skiing. Some clients were a bit surprised to learn jet skis are required to have an observer on board, facing the rear, just as for a vessel and the skipper and crew must wear a lifejacket at all times. While I’m at it, how about the fact that jet skis don’t legally require an anchor, no flares unless they go over 400metres in unprotected waters and no radio until over five nautical miles. Crazy really and anyone in the capes region using jet skis is hopefully geared up with all this equipment or one breakdown can become a very expensive exercise. With the anchor down, a VHF radio to call ACRM Base on Channel 80, flares at the ready to signal when assistance is nearby, you are virtually assured of being rescued as opposed to drifting further out to sea, smashed up on the rocks or worse!

Today I had the pleasure of doing my Skippers Ticket with Wayne from Sea Soaring Marine. Not only does this bloke know his stuff, he individually tailors his approach so that not a single person is left behind not matter their experience level.
Absolutely first rate from the moment you enter Wayne’s classroom to the moment you step off his boat. Thanks Wayne, I cannot recommend you and your service highly enough. Not just an informative and educational day, but bloody fun as well. Cheers mate.