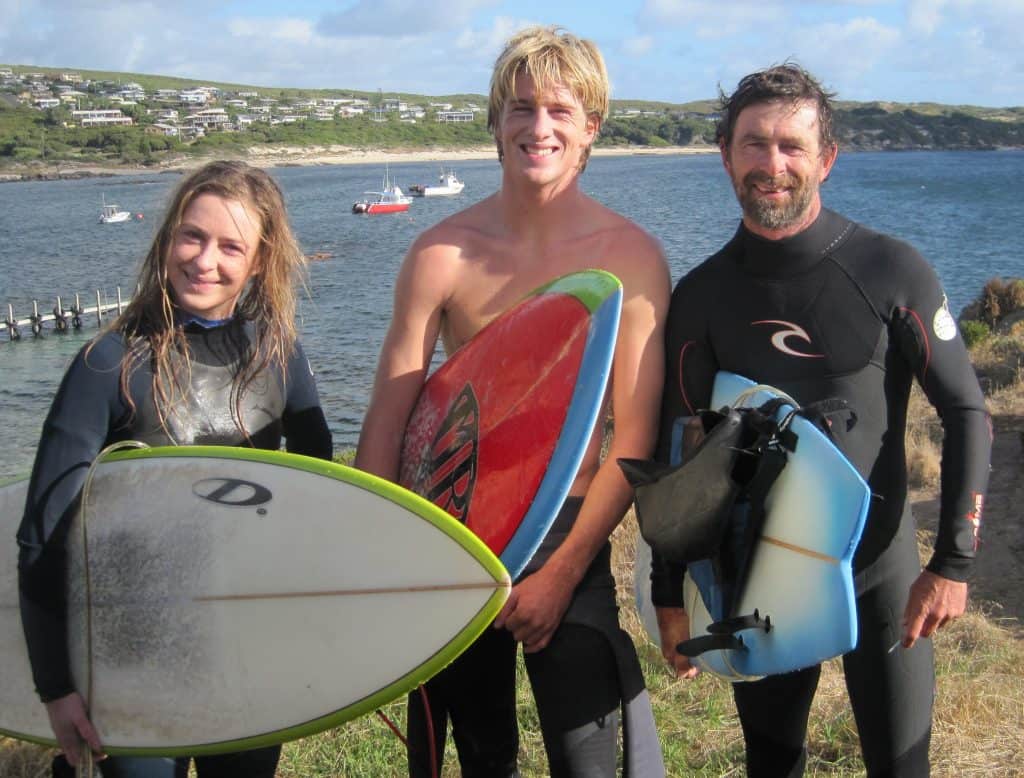 On my 60th birthday recently, my son woke me at 5am to announce he was taking me out for a surf, something I had not done in over three years. Not sure why it had been so long, perhaps it was akin to a love affair where the spark was missing or possibly with age comes a mellowing of one’s attitude towards anything that requires a competitive streak. I like to think I was improving my existing relationships with boating, fishing and diving, all intrinsically linked to the ocean. But maybe that’s an excuse for not getting off my butt! So, I dusted off one of my old friar tuck kneeboards, we took a dirt track to a favorite reef break, found a pleasant three foot wave, with a small, friendly crew and just like an old friend who I hadn’t seen for a while, the memories came flooding back:

So is this the renaissance, an opportunity to rekindle that love affair? Only time will tell!