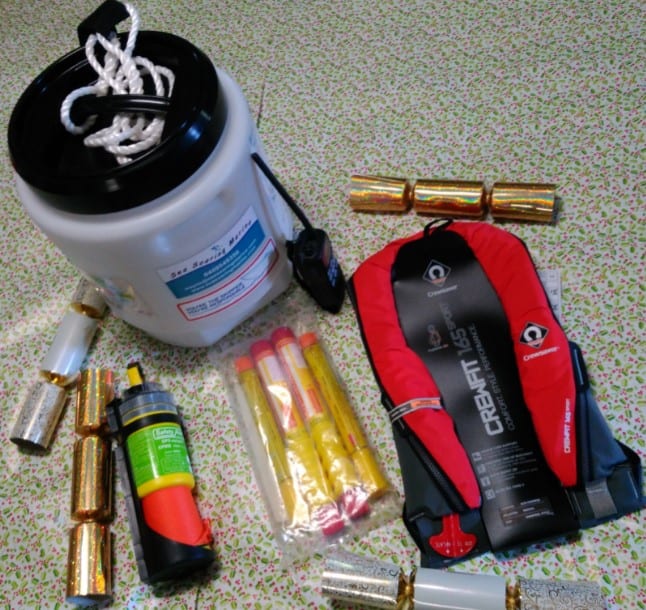 Over the last month or so I have been very public in my criticisms of the recent Position Paper on Recreational Vessel Safety Equipment put out by the Department of Transport. This review process began in May 2017, when DoT received over 1200 online submissions on current safety equipment changes. There was no support for change back then, with 70-85% of respondents opposed to altering regulations. So how these responses were used to come to the current position paper is impossible to correlate. In an ill-advised attempt to make boating rules simple, if mandated in 2020, they will be simply not safe!

Firstly, important to highlight any positives rather than just being a whinger, so I partially support the proposal to introduce compulsory wearing of lifejackets on vessels under 4.8m over 400metres offshore and for children 1-12yrs old, but I certainly do not support the proposal that within 400metres offshore it will not be compulsory to have lifejackets in the boat at all, even for a PWC. The proposal to allow a PLB ( Personal Locator Beacon ) to replace an EPIRB is also reasonable, with the compulsory distance required reduced from 2nm to 400metres. However, again I believe the 400m distance should be scrapped completely. If it is considered essential over 400metres to have one then just make it compulsory as soon as you enter unprotected waters.

But then get your head around these further proposals regarding basic safety equipment. For every vessel, anywhere on the water i.e in a  river or 50km out to sea, it is proposed not to make it compulsory to carry an anchor/chain/line, bailer/bilge pump, fire extinguisher or flares ( if carrying waterproof torch ). Every person I have spoken with in the marine industry over the past month is astounded that for two years of effort, this is the position that has been put out to the public. 400metre distance from shore can be a very treacherous area, especially when you are in the Capes region, off Albany or in a massive tidal area such as Broome or Derby. The justification for using the 400metre distance beggars belief, as I quote directly from the position paper. “This is based on the assumption that the average person can swim 400 metres to shore in the event of a life threatening situation”. All established marine sea survival advice is to stay with the vessel, so now, without an anchor to hold your position, no bailer/bilge to remove water, no flare to signal for help and no life jacket in the boat, surely we are not being encouraged to swim to shore. Imagine the kids during this life threatening situation, the overweight parent, the non-swimmers and you being the skipper responsible for their safety. Remember too, this responsibility could be in the hands of a 14year old legal skipper. Swimming 400 metres in a pool is not a given for the average person, so  throw in some choppy seas, anxiety levels maxing out, cold water or an outgoing tide and the outcomes would be catastrophic.

Furthermore, the proposals were stated to have been developed to more closely align WA with other states. Well, this is just not the case. I have closely analysed every other states safety equipment regulations and no other state has removed the mandatory requirement for flares, anchor/line or fire extinguishers and a bailer/bilge pump is mandatory in VIC, NSW, SA, QLD and NT. So let’s hope WA does not become the laughing stock of Australian boating safety, common sense prevails and the Gov’t has a rethink.