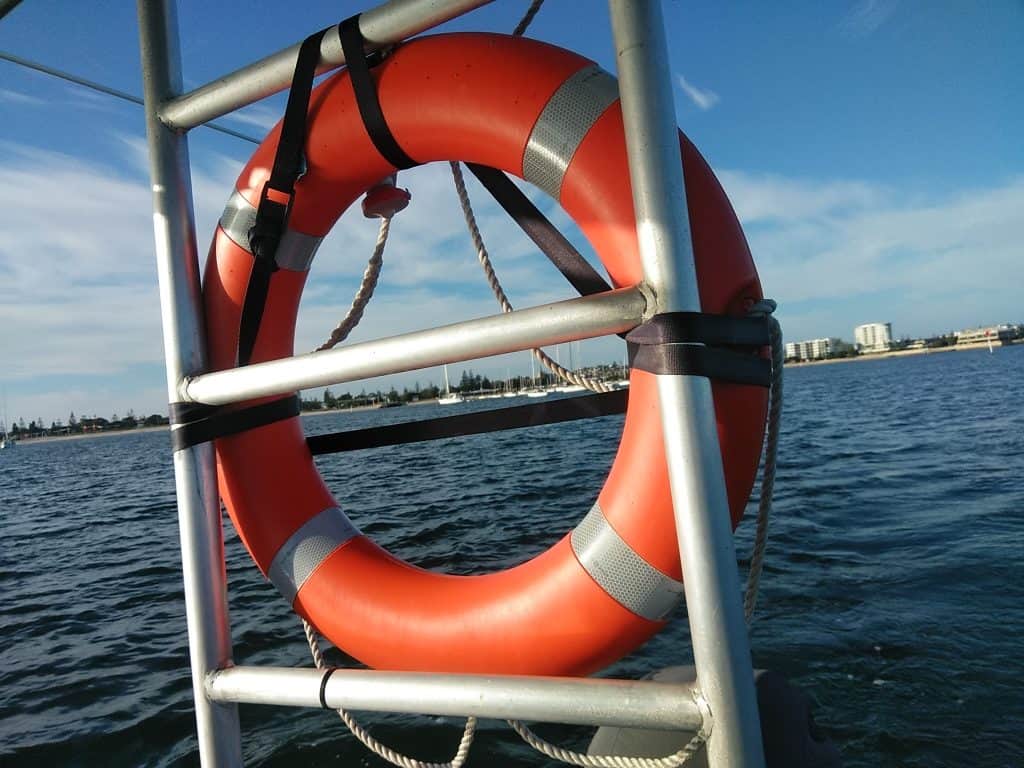 Last month I conducted a skipper’s ticket course with three guys and a lady in Bunbury, which stood out from any I have ever conducted. One of the guys turned up quite early and this is usually a sign of nerves, which is fair enough when you consider the RST Workbook has 120 pages in it. So he hit me up with a few tricky questions while we waited for the others to join us which was fine. Once clients arrive, I like to spend some time getting to know their ‘boat story’ and Maria had one that touched us all. She was originally from Greece, had married an American, Jason and after having twins, less than a year later they had another child that was soon diagnosed with special needs. Maria and Jason were both avid sailors before children, having completed formal qualifications and hired sailing vessels in many overseas locations. They both also understood the value of marine based activities for all children, not just those with special needs so, since moving to Australia, were determined to complete their RST and join a local sailing group so their children could experience the joy of sailing at a young age.

Unfortunately Jason and Maria could not attend on the same day due to their circumstances, so Maria was first up. By the way, Maria also home schools all her children, which means she has an extremely limited amount of time for herself, given Jason is a health care shift worker. Maria was excited to be having a day “off” to do the course and could hardly contain herself. Within a very short period of time it became obvious that Maria had done some serious, and I mean serious, study beforehand. I always have a bank of difficult questions to ask clients, especially when they announce they have studied, but Maria was outstanding and I could not stump her with any. So the other guys are feeding off her throughout the theory training and she has basically taken over my course- sensational. She smashes out the theory with 40/40, all smiles and then we are down the boat ramp for the practical. Whilst initially not as confident in this section, before long Maria is driving with aplomb and completes all the requirements to achieve her certificate. When Jason turns up the following week, he immediately announces he has no intention of competing with Maria, but of course also achieves 40/40 in the theory. He mentions that Maria had a great day, but would have liked to have spent more time driving the boat, so that evening I hatch a plan. I offer Maria a one on one two hour advanced boating course in my 6metre boat, on a mutually convenient morning, but ONLY if she studies my marine radio course notes beforehand, which I email in an attachment and identifies any spelling errors that I intentionally include in the notes. So she turns up the following week, knows the radio course notes off by heart, finds more spelling mistakes than I had intentionally included and we have great boating session. She has now booked me up for a private radio course for her and Jason at their house, is keen for a marine chart navigation course and Viv and I have been to meet the whole family. Special days!